How End of Life Work and Algebra Helped Me Home In on My Confidence and Inner Guidance.

When I was 22, I graduated from grad school and transplanted from Concord, Massachusetts to Manhattan, taking a job at a hospital in the South Bronx. I was out of my element, but it also felt like home.

My first charge on the job was to meet with Evie, a young mother of 7 who was dying from complications due to AIDS. From Evie and the other moms with whom I met those first few days, I learned:

There was no question in my mind that I would facilitate this, but I wasn’t prepared for the pushback from the medical staff. They forbade the visit, not for medical reasons, but because they thought that they knew best what she and her children needed.

I trusted Evie and her own inner guidance. In fact, I trusted all of us.

I didn’t know then what I know now, but I now understand what was happening for me. I was awake and aware and listened to everyone with a stake in the decision. I was present.

Without a shadow of a doubt, I just knew what the next right thing was to do. It was to make that visit happen. With the support my director, I went head to head with the physicians and Evie and her kids got their visit.

She died the next day.

Immediately after her death, I questioned it all.

Three weeks after I moved to New York, and a week or two after Evie died, I was back in my parent’s home in Concord, on the couch with my dog. I needed to engage in a process with real answers, if only for a weekend. I spent the weekend doing math problems.

You might be wondering where in the heck this blog post is going, but hang in there.

I had an “aha” moment that weekend. I recognized the resonance in solving those math problems as the same feeling I had when I brought those kids in to see their mama. It was nothing short of a felt sense of what it means to be sure. To really KNOW.

The questions were now gone. I knew.

I don’t think there is ever only one answer. But when you do know YOUR answer, then you really KNOW your answer.

It was ok that the doctors had their answers. I can’t say whether those answers were found in the quiet of their soul, the logic of their minds, or from their fears and projections from childhood. I don’t know and it isn’t my business.

You have this inner guidance, too. We all lose touch with it, but it never goes away.

When you lose touch, put your hand on your belly, and recall that felt sense. It will come to you like the answers to those math problems came to me. It is a calm knowing. It is energy. Consciousness. Awareness. It shows up from someplace other than your logical mind. Your job is to be patient and listen for the wisdom in it. 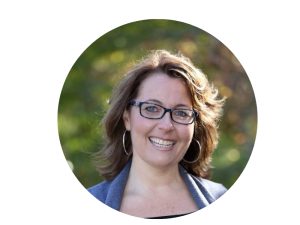